Detailed explanation of the submitted project or idea.

Thus, the ‘Sargablock’ nation, with the construction of a house, I saw in the sargassum an opportunity to grow its gardening business since 2015, when the beaches of the southeastern Mexican state of Quintana Roo received the first massive landslides of this macroalgae.
The first years I used the sargassum as fertilizer and sold it to my clients in small quantities, but with the passage of time and seeing that each day the quantity that reached the coast was increasing, I began to carry out the first tests to make one of his childhood dreams.
I just wanted to have a little adobe house, one that I built with my own hands, that’s why I built it within the nursery’s land and even designed a smaller one for the “aluxes”, the Mayan elves who, according to tradition, take care of the milpas and the grounds.

But my project attracted so much attention that I decided to listen to advice and began to process all the permits to patent the first block of sargassum.

I used sargassum as the main raw material, and from there all the composting can be done, all the organic matter to achieve what is now the ‘sargablock’, the first block of sargassum (for construction) in the world, patented since 2018

Casa Angelita, as I called the first sargassum house in honor of my mother, is made with blocks of this algae that are made with raw materials by hand.

It can have a durability, in ideal conditions, with its finishes and everything, of up to 120 years. Casa Angelita is composed of 20 tons of sargassum.

There are 20 tons equivalent to 2 thousand 150 blocks of sargassum.
Beyond the possibility of creating sources of employment and making use of sargassum, which is now seen as one of the great environmental problems facing the entire region, I consider that it is a strong call from nature to protect our seas.

“That we raise awareness, this is happening with the beaches, the sea is very wise and is telling us something. This contamination that we have done for many years, is taking care, it is taking care of what we have” 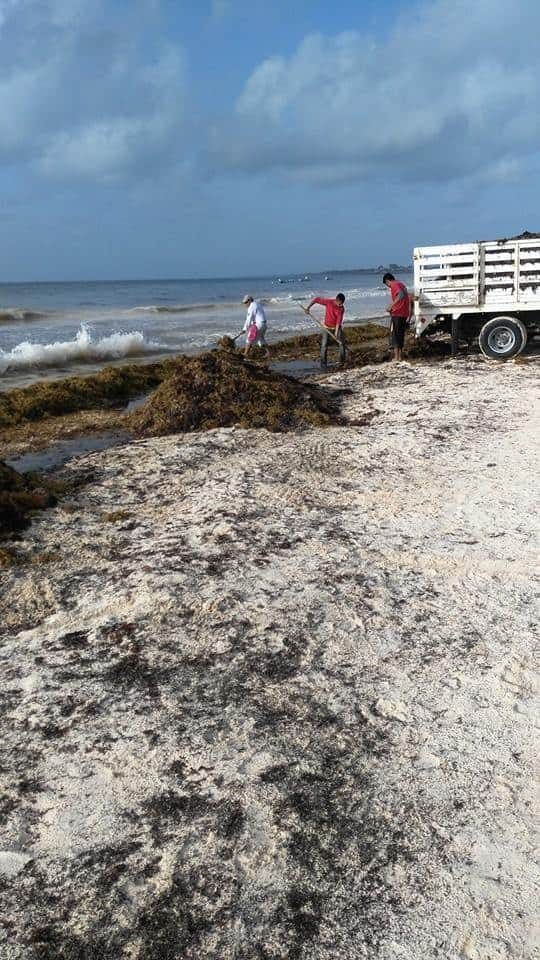 I am extremely inspired by how Sargablock solves multiple problems all at once: waste, pollution, poverty and housing. Most importantly, I believe it is possible to scale this amazing idea throughout the world.

This project has impressed me deeply. It has the potential to improve housing conditions in rural areas in the future. I believe that an extremely important factor in sustainable projects is that, in addition to generating new value, they tackle current social issues. Sargablock is not only a very practical solution, but also a flexible one with the potential to be widely applied in the future to help alleviate international social problems. It is a very good project.

From Ocean to Earth Prize

Transforming a huge problem with tourism's economic impacts into architectural opportunities is nice. It has to be globalized to other type of organic waste and transform our way to concieve architecture.

A drop in the Ocean

"Upcycled Speakers" in collaboration with art

A home-delivery circular economy that transforms the waste to resource.

: A supplementary economy that generates value through circulating existing resources and maintaining wealth within the community.

- An upcycling community that creates a "circulation of clothes

, a polyester textile decoloring technology that enables the reuse of garments by changing their colors and patterns.

Interested in exploring circular design with us? It all starts right here!

Submit an entry to crQlr Awards

Participate in online and offline events

Collaborations and other consultations